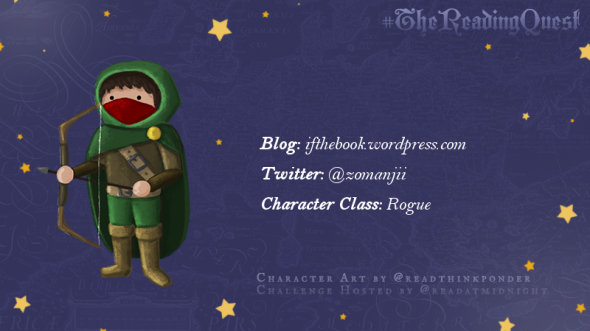 A banned book: Animal Farm by George Orwell
A book with a partially obscured face: Escape from Witchwood Hollow by Jordan Elizabeth Mierek
A book with less than 500 ratings on Goodreads: The Girl Who Wasn’t Dead by Samantha Boyette
A book published by a small press: Where the Stars Rise
A book with a one word title: Darkfever by Karen Marie Moning

A book that has a TV/movie adaptation: The Joy Luck Club by Amy Tan
A fairy tale retelling: Dark Breaks the Dawn by Sara B. Larson
A book cover with striking typography: You Bring the Distant Near by Mitali Perkins
A book translated from another language: Beauty is a Wound by Eka Kurniawan, translated by Annie Tucker

A book with a verb in its title: Zero Repeat Forever by Gabrielle Prendergast
A book with a weapon on its cover: One Dark Throne by Kendare Blake

A book concocted by two authors: Moving Target by Cecil Castellucci and Jason Fry
Buddy read a book: Walk on Earth a Stranger by Rae Carson with Alexa at Once Upon a Chapter
A book with 500+ pages: A Court of Wings and Ruin by Sarah J. Maas
A book set in either the past or the future: The Sunlight Pilgrims by Jenni Fagan
Read whatever you want: Miranda and Caliban by Jacqueline Carey
Read a book you previously DNF: I Believe in a Thing Called Love by Maurene Goo
Read a companion novel or short story: The Garden of Three Hundred Flowers by E. K. Johnston
Read a graphic novel, novella, or poem collection: Complementary and Acute by Ella Lyons
Book referencing an animal in the title: American Panda by Gloria Chao

This challenge is hosted by Read at Midnight. Artwork by Read, Think, Ponder. 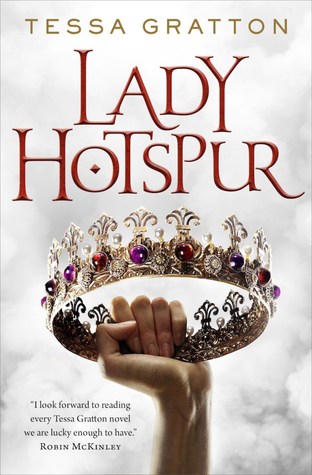